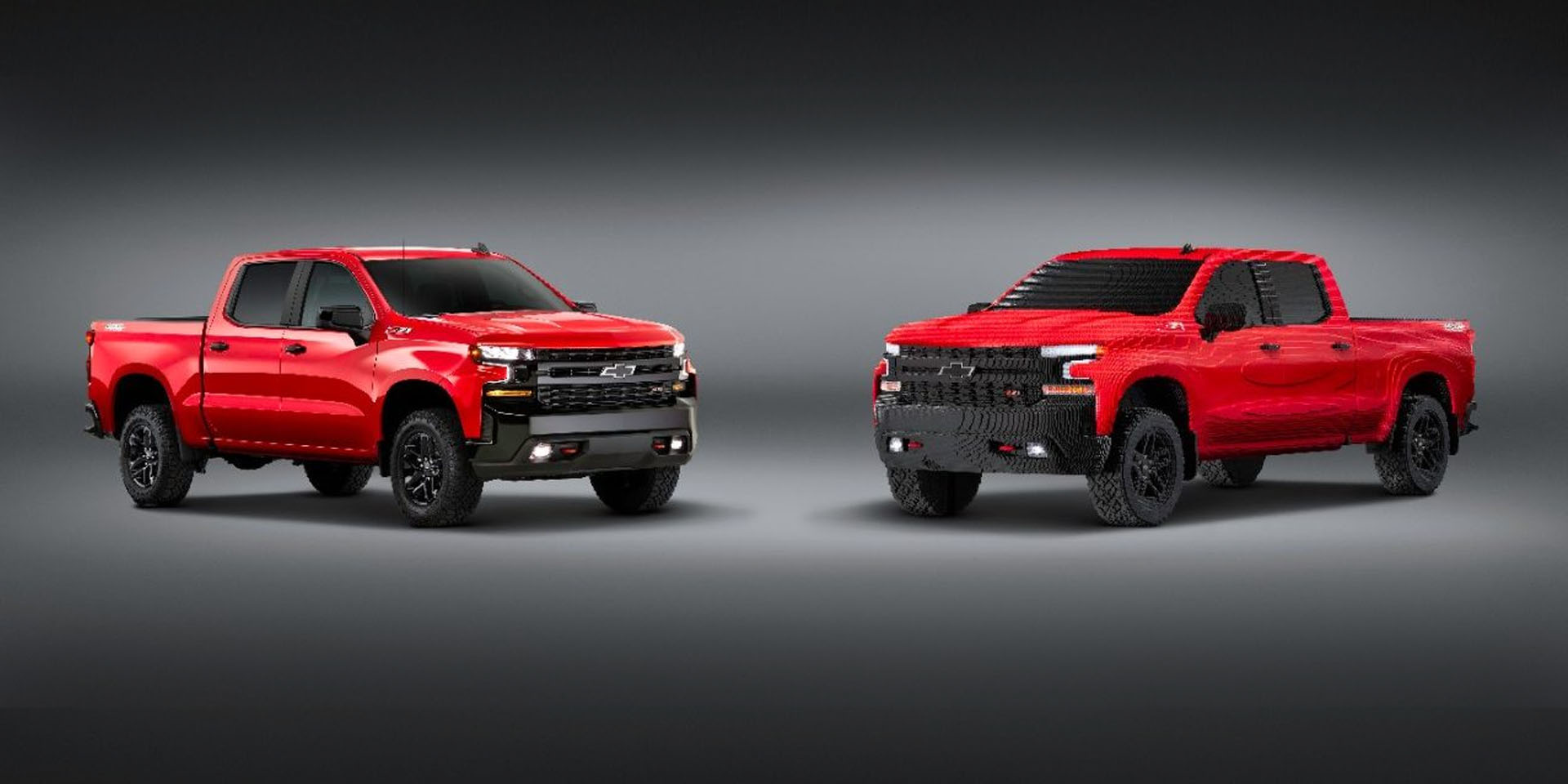 Chevrolet and students from the Oxford Community School’s FIRST LEGO® League and Detroit’s Ralph Waldo Emerson Elementary’s A World in Motion Program unveiled the first-ever full-size LEGO® Silverado today at the North American International Auto Show just ahead of the show opening to the public. The model is an exact life-size replica of the all-new 2019 Silverado 1500 LT Trail Boss, and it is the first full-size Chevy vehicle built entirely of LEGO bricks.

The LEGO Silverado continues the partnership between Chevy and Warner Bros. Pictures that began in 2017 with “The LEGO Batman Movie” and the LEGO Batmobile from Chevy. This partnership builds on the Silverado marketing efforts that launched earlier this month.

A custom mini-build of the Silverado High Country will make an appearance in the new big-screen animated adventure “The LEGO Movie 2: The Second Part” when it debuts in theaters on Feb. 8. In this fun and action-packed sequel, the heroes of “The LEGO Movie” reunite to save their beloved city from a new threat: LEGO DUPLO® invaders from space.

“Chevrolet is once again thrilled to be working with Warner Bros. to integrate the brand and one of our most iconic products – Silverado – into ‘The LEGO Movie 2: The Second Part,’” said Sandor Piszar, director of Chevrolet Truck marketing. “The themes of determination and teamwork in the new movie align perfectly with our Chevy brand values and we are sure that the all-new Silverado has the features, technologies and strength that would help Emmet, Lucy and their friends as they take on exciting new challenges.”

Eighteen specially trained LEGO Master Builders spent more than 2,000 hours hand-selecting and placing each of the 334,544 pieces on the red LEGO® Silverado, which has unique working lights and graphic details.

To learn more about the LEGO® Silverado, please visit Chevrolet.com.